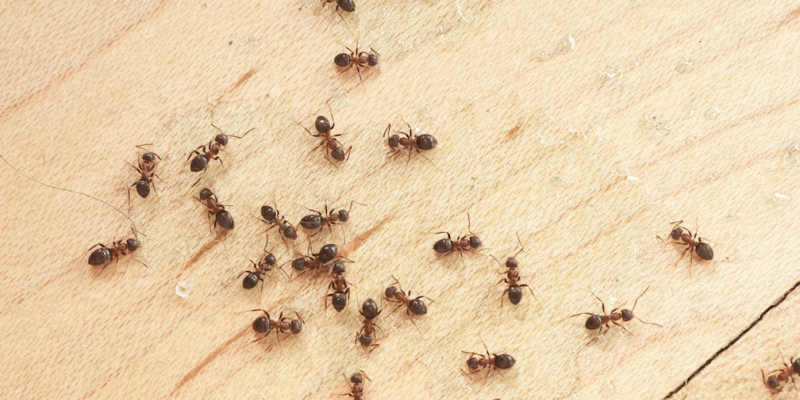 The warm weather that makes Houston such an enjoyable place to live also makes it the perfect breeding ground for a variety of annoying ants. The following ants are the most common in Houston, and may already be living in your home. Here’s what you need to know about them.

Fire ants are among the most problematic of all Houston ants due to their aggression. Bright red and ravenous, they eat just about anything, including insects, ticks, eggs, earthworms, honey dew, and even seeds. They are also fiercely protective of their nest (even when it is in your home), and will swarm on potential invaders and bite and sting them viciously.

Tawny ants are often known as “crazy ants” due to their erratic movements. They are rather large black ants that have invaded from South America and which are mostly problematic for their infamous attraction to electrical items. They are known to chew through wire insulation and cause severe electrical malfunction. When they die in this way, their protective brothers and sisters rush to their aide and continue to cause electrical problems.

Real sugar ants are located primarily in Australia, but Texas, and especially Houston, has been invaded by two ants that are often mistaken for real sugar ants. Pavement and pyramid ants, like their namesake in the land down under, are obsessed with sugar. You will find them in your cupboards invading sugar bags and any other sweets. They are typically small and black.

Identifying this relatively nondescript ant is as easy as smelling them. Unlike their cousins, they don’t sting or bite enemies when frightened, but erratically spray a nasty odor that repels predators. Like sugar ants, they prefer sweet stuff. They are small and black, without many identifiable traits beyond their odd odor dispersion methods.

Typically no more larger than a 1/12 of an inch, rover ants are usually dark brown and blonde, and are well named. Their favorite activities include running up and down vertical surfaces, especially towards lights. As a result, it’s not unusual to see dozens of dead rover ants in your lighting fixtures. Larger ones will have stripes on their bodies.

Argentine ants are an invasive species that are fairly aggressive and will bite when provoked. Like the odorous ant, they give off a stench when crushed, though they don’t actively spread a smell like their cousin. Interestingly, they prefer to mate in the colony, rather than leave, in order to stay safe during the winter. Like many other ants, they like eating sweets.

You shouldn’t have any trouble spotting ghost ants: their legs and abdomens are nearly invisible in the right lighting conditions. Typically, they are no more than a 1/16 of an inch long. They aren’t particularly dangerous, as they don’t sting, but they do smell bad, like their cousin the odorous ant. Typically, they’ll eat honeydew from insects or will break into your sweets cupboard.

If you believe that your home is infected with any of these ants, please call a professional right away. They will inspect and treat your home, and can provide you effective preventive pest control in Houston to ensure that it is safe from these annoying pests.

Fantastic company. Very professional, reliable and trustworthy. I'm so grateful they were able to rid my dad's apartment of bed bugs. I recommend this company to everyone.

Sign up for SafeLawn program & get first month free.